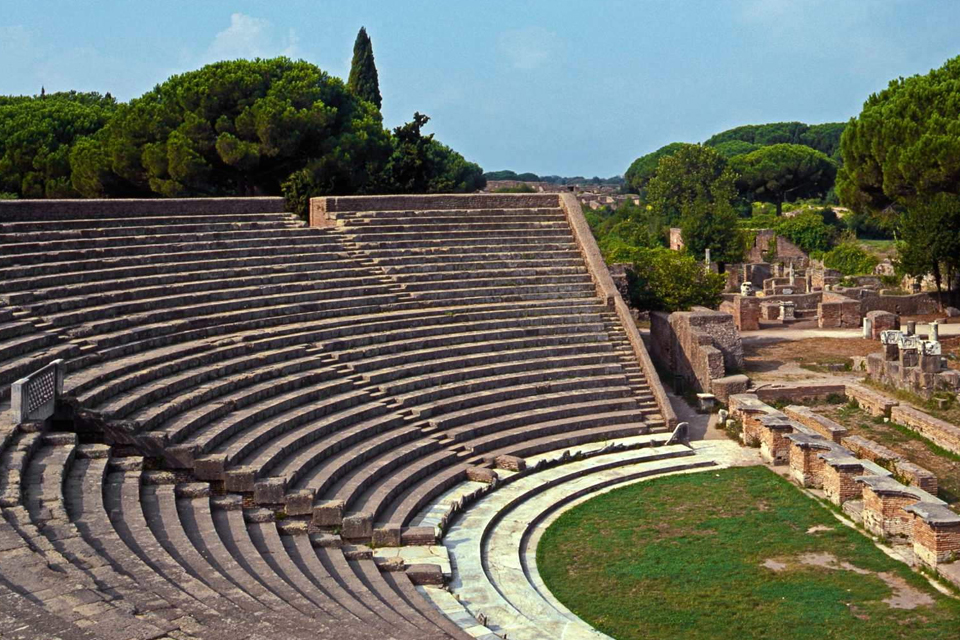 DAILY LIFE IN THE PAST: A DAY IN ANCIENT OSTIA

Not far from Rome we can go back in time, leaving the modern city chaos behind to get to experience the chaos of the past; the roads, the splendour of public buildings, the crowded markets, the thermals, the public latrines, along with worship places, commercial activities and the city intense political life. 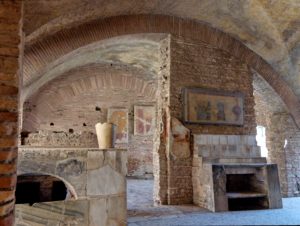 The tour follows the basoli of the ancient Decumanus Maximus and through the ancient districts of the city. The path crosses the popular area dominated by the remains of the insulae and the commercial spaces where it’s possible still to see the shops and why not, maybe rest near the spectacular Thermopolium. It crosses public places such as baths, barrack, theatres, latrines, the evocative Piazzale delle Corporazioni and the monumental “institutional” architectures (the Forum, the Curie, the Basilicas). But there’s more than excavations here; a hundred meters away from the archaeological site there is the castle of Julius II and the characteristic medieval village with narrow alleys and small stone houses. 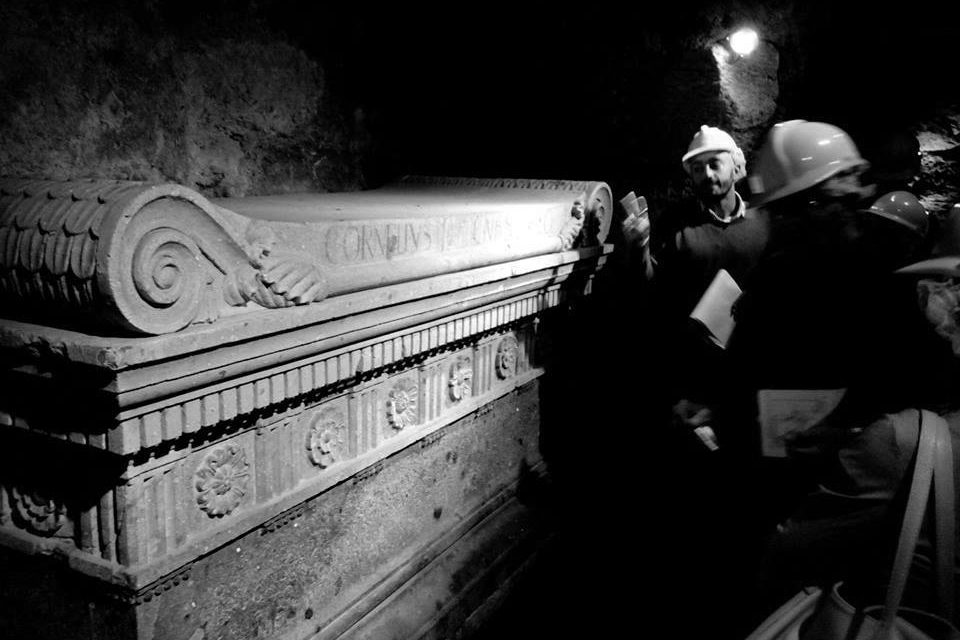 The subsoil of Rome is an unique testimony of millennial historical stratifications and continues to excite not only the archaeologists who study it every day, but all those curious tourists who want to know more than just stroll down the most famous streets of the city.

Thanks to the enthusiastic guide of our experts “underground archeologists“, you will discover ancient structures hidden in between streets and modern buildings. You will be guided to a suggestive walking-tour in the underground of “Foro Boario”, to discover the monumental remains of ancient religious buildings; you will visit the most ancient levels of the “Via Lata”, to see before your own very eyes the early Christian transformations of the city; few steps away from the Trevi Fountain you will still see the water flowing from an aqueduct of the first century BC, 9 meters below the current road level, among structures of a luxurious domus.

Join us for this adventure and book a private tour! 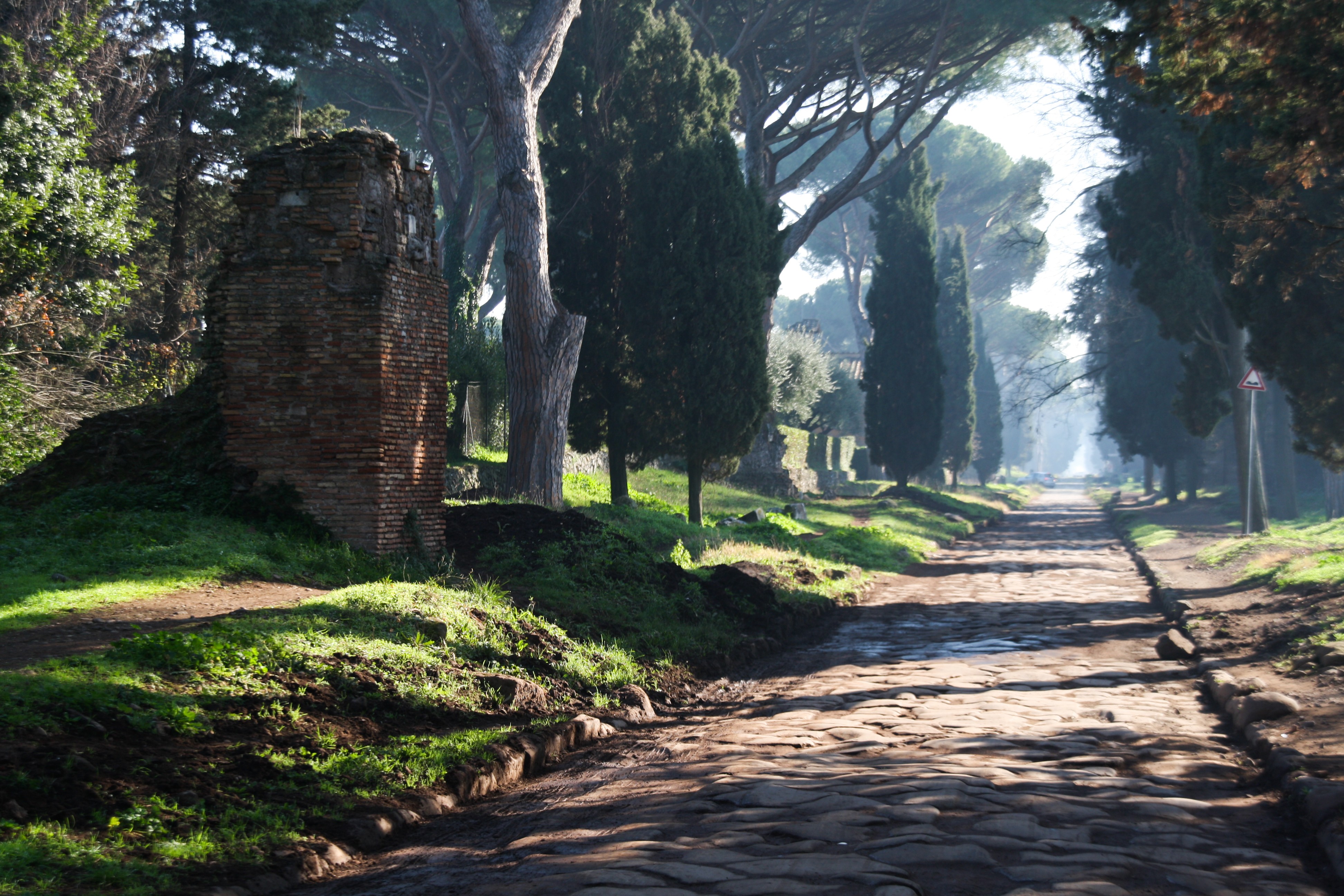 The Appian Way, “Regina Viarium”, “queen of the long roads” is one of the richest road of memories and evidences from the past. Along its route, its historical and archaeological heritage is unique all around the world. It’s a real open museum which, through its monuments, can tell us the history of Rome and the territory from its origins until our present days. With these words, it was celebrated by Johann Wolfgang Goethe in his Italian Journey on the 11th of November 1786: “Yesterday I visited the nymph Ægeria, and then the Hippodrome of Caracalla, the ruined tombs along the Via Appia, and the tomb of Metella, which is the first to give one a true idea of what solid masonry really is. These men worked for eternity. All causes of decay were calculated, except the rage of the spoiler, which nothing can resist.” 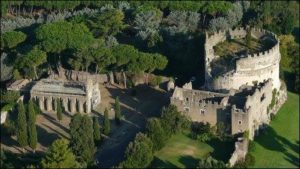 The tour, a proper archaeological hike, can be arranged according to the needs and interests of the group and it focuses on the archaeological and environmental peculiarities of the route, through the discovery of stunning monumental areas and historical, religious and architectural curiosities –so typically romans- left by all the millions people that have walked the ancient way. 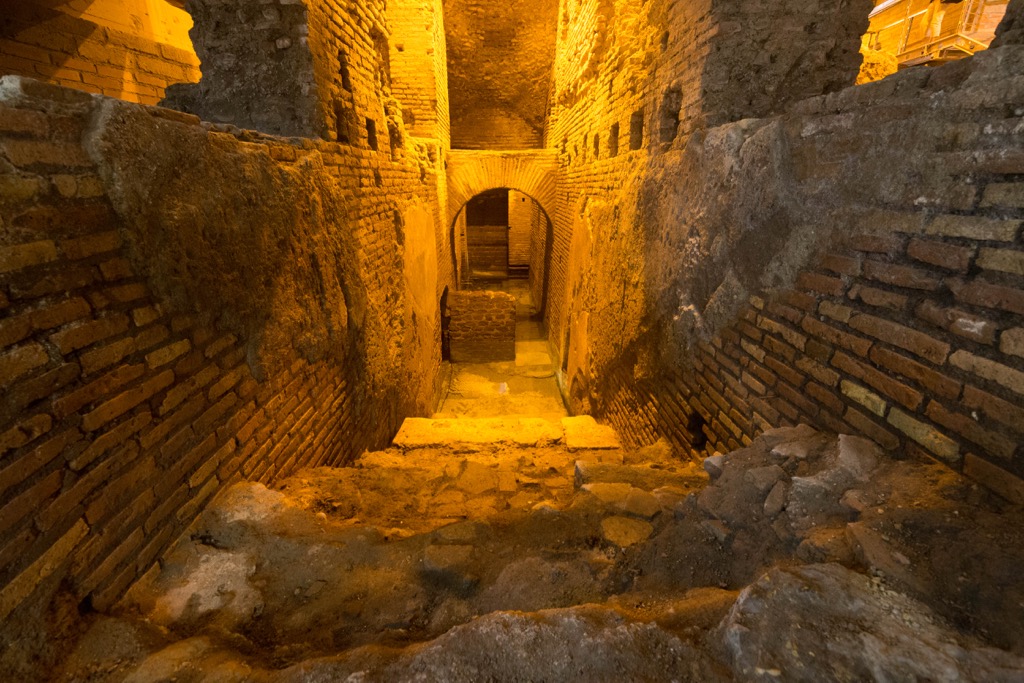 ROMA “THE CITY OF WATER”

HISTORICAL AND ARTISTIC ITINERARY ON THE TRAIL OF THE VIRGO AQUEDUCT

More than 2000 fountains are characteristic of Rome’s streets and most famous squares. There are the so-called “nasoni”, little nose-shaped fountains, that provide fresh water to thirsty romans and tourists, and monumental fountains that testify all the different historical, artistic and architectural phases of the Eternal City. In between the slopes of Pincio, the Quirinal and the Trevi District, the Water has been flowing constantly for 2000 years through the underground structures of the Virgo Aqueduct, which today it’s still a link between the glories of antiquity, the splendour of the Baroque and the modern city.

The guided tour will begin by visiting the underground archaeological area of Vicus Caprarius to reconstruct the history of the Aqua Virgo and the making of the Aqueduct, wanted by Agrippa in the 19 B.C. The tour will continue back to the surface to follow all the traces left along the route of the Aqueduct by great artists: traces like the Trevi Fountain, a monumental baroque exhibition commissioned by Pope Clement XII and the Fontana della Barcaccia in Spain’s Square, a testimony of the artistic genius of Pietro and Gian Lorenzo Bernini. Making its way up to Trinità dei Monti, the tour will lead you to discover the less-known Fontana del Bottino and will end with a stroll along Pincio’s Belvedere to enjoy a unique panorama.